Following the formation of the first civilian government in early 2016, which marked the beginning of a democratic transition, Myanmar is undergoing deep political and economic transformation. The opening of the country, and subsequent foreign investment, bodes well for economic growth, and the new government is expected to increase financial and technical support to the agricultural, health and education sectors, which are all key to improve food and nutrition security.

The challenges, however, remain enormous. Myanmar is still one of the least developed nations in the world, with an estimated 37.5 percent of the population – or 20 million people – living below the poverty line.

Protracted ethnic conflicts and inter-communal violence continue to exacerbate an already fragile situation in Kachin, Rakhine and Shan states and other areas, leaving hundreds of thousands of people internally displaced and food-insecure.

The country is also heavily susceptible to natural disasters, particularly cyclones and subsequent floods and landslides. According to the Global Climate Risk Index, Myanmar ranks among the top three countries most affected by natural disasters, which lead to massive displacement of people and the destruction of livelihoods, crops and other food sources.

Undernutrition rates in Myanmar are among the highest in the Association of Southeast Asian Nations (ASEAN). Nearly one in three children under the age of 5 countrywide suffers from chronic malnutrition (stunting), leading to increased mortality rates. Myanmar has the lowest life expectancy rate at 66 years and the second highest infant and child mortality rates currently estimated at 50 deaths per 1000 live births. Furthermore, an extremely low number of children under 2 – only 16 percent – are fed a minimum acceptable diet. The lack of knowledge on mother and child nutrition as well as limited access to health care and nutritious food are major challenges. Myanmar continues to register high rates of tuberculosis (TB) infection, and HIV prevalence is still alarming in at-risk groups.

The World Food Programme (WFP) has been present in Myanmar since 1994 and is now focusing on helping the Government reach its national Zero Hunger Challenge by 2025. WFP’s work in the country is guided by three priorities: emergency preparedness and response; nutrition; and provision of social safety nets.

What the World Food Programme is doing in Myanmar

WFP assists internally displaced people and other conflict-affected populations in Rakhine, Kachin and Shan States, using cash or food transfers depending on accessibility and security. WFP also supports Myanmar refugees returning from Thailand through a package consisting of the cash equivalent of three-month food assistance to help with their initial reintegration. 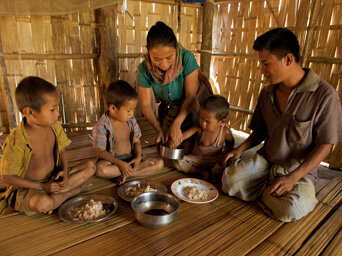 Following the immediate response to an emergency with unconditional food assistance, WFP carries out assets creation programmes to restore livelihoods. Food or cash transfers are conditional upon participation in work schemes. Projects, selected by the communities themselves, include the rehabilitation and restoration of farm land, dikes, embankments, irrigation canals, access roads and drinking water ponds. 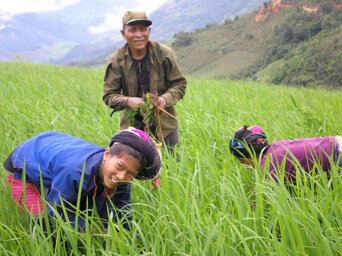 To prevent, reduce and treat low birth weight, wasting, stunting, and micronutrient deficiencies in priority areas, WFP provides nutrition support – including fortified food – to pregnant and nursing women and children under 5. To improve the impact of the prevention programme, nutrition messaging activities and cooking demonstrations are provided at the distribution points. 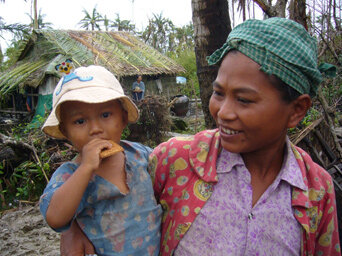 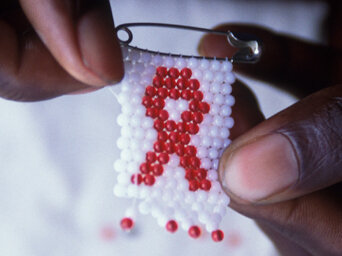 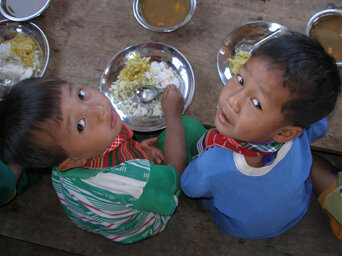